If you look at the advertising for no-prep porcelain veneers, called Lumineers by manufacturer Cerinate, you come across a number of claims. The manufacturer claims that they look as good (or better) than traditional porcelain veneers, don’t require modification of your teeth, cost about the same, and last more than 20 years. This last claim looks especially appealing when responsible dentists will tell you that the lifetime for most porcelain veneers is about 10 years. But will Lumineers actually really last 20 years? Not likely. 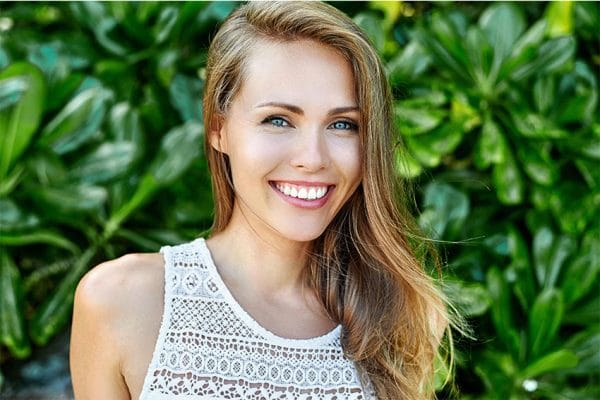 Lumineers are a relatively recent innovation in cosmetic dentistry. They’re also called no-prep veneers because they are glued to the front of your teeth without any preparation to the teeth themselves. The manufacturer claims that they can perform all the roles that traditional porcelain veneers do, but without the difficulty of preparing your natural teeth.

The Basis of the 20-Year Lifetime Claim

Lumineers started making the claim that they last more than 20 years based on a single study that was reported in 2005, called “Long Term Clinical Evaluation of Etched Porcelain Veneers.” Although it’s hard to find on their site nowadays, advertisements used to reference this study all the time. The study looked at 30 patients who received a total of 167 Lumineers. According to the researchers, after up to 240 months (20 years), they only needed to replace 10 of the Lumineers.

What’s Wrong with This Study?

It’s worth noting that the findings presented above were not published in any scientific journal. Instead, they were presented at an academic conference. Work presented at an academic conference is considered provisional. It doesn’t undergo peer review which involves other dentists and scientists look over a study’s findings to make sure they’re accurate. However, it’s typical for researchers with significant findings to go on to revise their papers for publication.

Certainly, it seems that a finding like this would be worth publication, but it has never been published. We don’t know why the study has never been published, but the fact that it hasn’t moved past peer review in 15+ years since the presentation suggests that the research is faulty. In fact, a recently published review of all research on porcelain veneer survival concluded that data on the survival of Cerinate veneers beyond 5 years “were lacking.”

Other Problems with Lumineers

Without the potential for long-term survival, Lumineers’ other problems come forward. Since dentists don’t remove a thin layer of enamel to make room for Lumineers, it can result in a bulky appearance. The bulk then prevents Lumineers from reshaping the smile in certain ways. Additionally, since the Lumineers stick to the front of the teeth, it creates a ledge at the edge of the veneer that may provide shelter for bacteria.

How Long Do Lumineers Really Last?

Now that you know all the facts about Lumineers, you might wonder how long they actually last. There’s no way to tell with the lack of studies conducted. It’s possible they last 10 years but it’s also possible they last only two. Do you really want to roll the dice on this uncertainty though?

How Long Do Porcelain Veneers Last?

On the flip side, if you decide you want to consider a permanent solution with studies that back up its longevity, porcelain veneers are the better choice. Most porcelain veneers will last anywhere from 10 to 20 years with proper care and maintenance. Unlike Lumineers, you won’t have to worry day after day about whether or not you will need to replace your veneers. If you decide you want porcelain veneers, Drs. Ken or Marnie Collins will walk you through the treatment process and aftercare instructions to ensure your results last as long as possible.

You can extend the longevity of your porcelain veneers by:

The longevity of your veneers also relies heavily on the dentist who gave you the procedure. Poor bonding, not enough enamel, tooth decay, or dead teeth can result in failed or short-lived porcelain veneers. When you visit Drs. Ken and Marnie Collins, you don’t have to worry about short-lived veneers because they ensure each patient is a good candidate for the procedure first.

Which Lasts Longer, Veneers or Lumineers?

During your consultation at Collins Dentistry & Aesthetics, we can discuss your porcelain veneer options frankly and give you the best science for helping you make an informed decision. Please contact us today at (509) 532-1111 for an appointment with a Spokane cosmetic dentist.