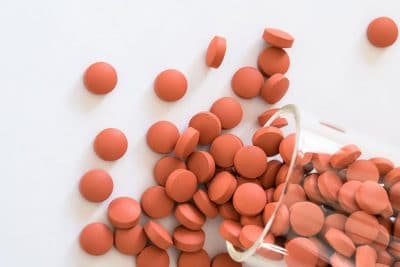 Commonly used for chronic and acute pain, ibuprofen and other NSAIDs have been linked to serious upper gastrointestinal problems such as bleeding ulcers. Now, a new study says they can also drastically increase a user’s risk of heart failure. Published in The Lancet, the research involved data related to over 353,000 patients who were involved in over 600 clinical trials. After taking high doses of NSAIDs for a year, many of the participants experienced so-called avoidable heart attacks. In fact, the prevalence was so striking; researchers determined that taking high doses of NSAID medications appeared to double a person’s risk of heart failure.

What if You Have TMJ Disorder?

Because they are plagued by chronic pain, people who suffer from temporomandibular joint disorder (TMD) tend to take a lot of pain relievers for extended periods of time. According to this recent study, this may increase their risk of deadly heart attacks. In the end, because pain-relieving medications only offer short-term relief, they aren’t the best way to treat TMJ pain. What’s more, they appear to come with substantial risks that may outweigh their benefits.

Temporomandibular joint disorder isn’t some permanent affliction you have to live with. Typically cause by a bad bite, TMD is quite treatable. By targeting the source cause of the problem, Drs. Ken and Marnie Collins offer their patients permanent relief from pain, headaches, chewing difficulties, and other symptoms associated with this debilitating disorder. Don’t risk your long-term health by relying on pain medications which only temporarily mask your TMD symptoms. Contact Drs. Ken and Marnie Collins to learn how you can get effective, non-medicinal TMD relief.

Our office will be closed December 19th - 26th in observance of the holidays. Happy Holidays to you and your families! Call (509) 532-1111 to book an appointment. Ok