Is Farming to Blame for Cavities? 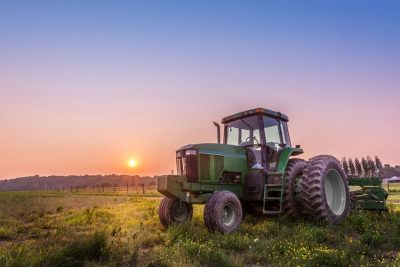 One of the biggest changes humans have undergone in our history is the change from being itinerant hunter-gatherers to farmers who lived a relatively stationary life, setting the stage for more intensive cultural and technological development. On the one hand, this was likely a very good change, but today many people blame this change for a host of problems, from obesity to insanity.

And dental cavities is one of the things that people say is the fault of agriculture. Proponents of a paleolithic lifestyle say that humans came to consume large amounts of grain only as a result of farming, and that it’s these carbohydrates that are to blame for our cavities.

Grains Could Be to Blame for Cavities

The theory that we started getting cavities when we began farming does have some merit. Carbohydrates from grains are readily converted to sugars that can be consumed by parasitic bacteria in the mouth, which then excrete acids that damage dental enamel.

There is even some evidence to support the theory. For example, a study of stone age populations and after in Arabia divide the dental decay patterns between four groups:

Based on this research, it sure seems likely that farming leads to cavities, and tooth loss (and most of these people didn’t have access to dental implants or even dentures).

There is, though, a major problem with the above study: it compares skeletons ranging from 3000 BC to 1500 AD. Over this 4500 year time frame, there are actually many different variations on the different lifestyles, and farming in 1500 AD is nothing like it was in BC 3000, making it hard to compare the two.

More relevant to the question of cavities and farming is evidence taken from after the agricultural revolution and compared to previous people who were not farmers. This study found that hunter-gatherers experienced about twice as much periodontal disease, but that the rates of cavities, periapical abscesses (evident of the type of tooth infection we would now treat with a root canal), and tooth loss are comparable. These researchers concluded that although people changed the way they got grains and other foods after agriculture, they likely didn’t change what they were actually eating.

In fact, more comprehensive reviews of the pattern of cavities in the people of this time period indicate that overall the frequency of cavities didn’t change with the advent of agriculture, although they might have changed position. Instead of being found on the chewing surfaces, they were more likely to be found in other places after the advent of agriculture. Instead it depends on many complex variables (including the level of fluoride in the water).

So the next time someone tells you that agriculture and grain alone are to blame for cavities, you can tell them that non-agricultural people had just as much demand for the dentist as farmers. They just didn’t have access to them.