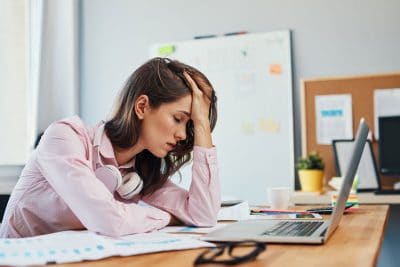 We think of migraines as being related primarily to our brains, but the truth is that migraines are often related to adverse stimuli from other parts of the nervous system, including the trigeminal nerve. The importance of these external stimuli to migraines was recently confirmed by a large study published in the journal PLOS One showing that people who suffered spinal cord injury were more likely to develop migraines. We still don’t understand the mechanism yet, but this confirms the crucial role that other parts of the nervous system can play in your migraines.

In this study, researchers were able to draw on data from more than 60,000 people who took part in the Canadian Community Health Survey similar to ones used in the US to acquire data about how many cavities people have, how often they visit the dentist, and other vital statistics.

After adjusting for age and sex, they found that spinal cord injury led to an almost fivefold increase in migraine risk. People with spinal cord injuries were 4.82 times more likely to develop migraines than those who suffered no spinal injury.

Nearly 30% of people with spinal cord injury had migraines, much higher than the less than 10% among the general population. Although men in general are twice as likely to suffer spinal cord injury, women are still 2-3 times more likely to develop migraines in both populations. Smoking and prior stroke were also correlated with slightly higher migraine risk.

Pain from migraines occurs in the brain, but that isn’t usually where it starts. Instead, it is often dependent on disordered, irregular, or excessive inputs from peripheral nerves that can trigger adverse responses in the brain stem. We’ve previously talked about the role of the trigeminal nerve in triggering migraines, and with the addition of data about the spinal cord, we are getting a better picture of the role of nerve inputs in migraine.

Although some people might be surprised that TMJ treatment can reduce or eliminate headaches by working on the jaw, it’s effective because it targets irregular or excessive stimuli from these peripheral nerves.

To learn whether TMJ treatment in Spokane will help with your migraines, please call (509) 532-1111 for an appointment with a TMJ dentist at Collins Dentistry & Aesthetics.