Would a Mission to Mars Leave Astronauts Toothless?

Contact Us
Would a Mission to Mars Leave Astronauts Toothless? 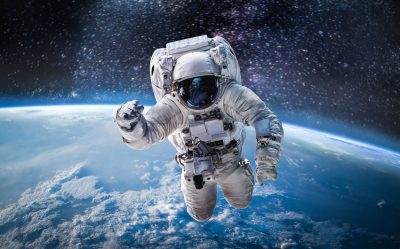 With competition in the space race heating up again due to India’s launch of a Mars mission today and China’s plan to land a rover on the Moon next year, Americans are revisiting the idea of launching a manned mission to Mars. However, if we are going to be able to make it to Mars, we need to be prepared for potential hazards, including dental hazards.

Radiation is one of the main concerns that makes people at NASA wary of a manned mission. The amount of radiation a person is likely to receive spending six months or more in space on the way to Mars will lead to a significantly increased risk of cancers.

Fortunately, the radiation dosage is not likely to result in significant damage to the teeth or jaw.

Mineral Loss in Bones and Teeth

Numerous studies have looked at the loss of bone density in astronauts during spaceflight. The Soviets even conducted studies on animals specifically looking at the effects of microgravity on bones and teeth. They sent 30 mice into space for 19 days, along with 5 more mice who were in space, but were in a centrifuge that simulated gravity. Researchers found that mice who were in space suffered significant loss in minerals and density in both the jawbone and teeth, but the centrifuged rats did not.

In addition, one French astronaut who spent 6 months on the Soviet space station Mir had a dental implant. After 6 months in microgravity, the dental implant experienced significant bone loss on one side, but gains on the other side. It remained stable and functional.

Another concern is that oral hygiene may be difficult in space. According to studies of the behavior of bacteria, biofilms (called plaque when they’re on your teeth) grow more robust and more quickly in space, which may affect the oral hygiene of astronauts.

There have been simulated studies of the effects of microgravity on periodontal health, but these studies use a head down tilt position to simulate the effects of microgravity on astronauts. It’s unlikely that the head down tilt position would have the same effect on bacteria, so the conclusion that 60 days in the simulated condition would have no effect on periodontal health is less likely to be significant for actual astronauts.

If we send humans to Mars, dentists will have to go with them. The trip to Mars takes at least 6 months using current technology, so they’ll be due for dental hygiene checkups by the time they get to their destination. And with all the potential adverse effects of the trip, it’s probably best if astronauts get their teeth checked out even more regularly.

Neither Dr. Ken nor Dr. Marie Collins have been cleared for the trip, but if you are looking for an earthbound dentist to help with your oral health on this planet, please contact Collins Dentistry & Aesthetics in Spokane and Spokane Valley today for an appointment.