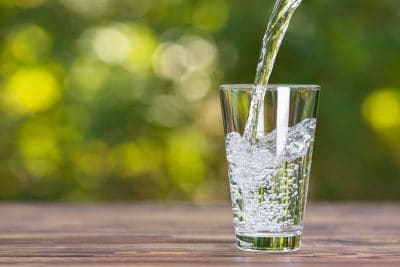 According to the Centers for Disease Control and Prevention, dental problems plague numerous Americans, with nearly 50 percent of the U.S. population suffering from gum disease and 20 percent living with at least one untreated cavity. That said, according to a recent study, things might be a lot worse if it weren’t for our water.

Measurable Benefits of Fluoride in Water

New research suggests that fluoridated drinking water helps ward off tooth decay in adults. Appearing in the Journal of Dental Research, the study appeared to debunk popular opinion which assumed that fluoridated water only offered dental benefits to children. To reach their findings, the researchers poured over data from nearly 3,800 adults who participated in the 2004-2006 Australian National Surveys of Adult Oral Health. Based on this analysis, they found significantly less tooth decay in subjects from provinces that had fluoridated water, when compared to subjects who lived where water contained no fluoride.

More and more studies continue to show the benefits associated with fluoridated drinking water. That said, although our drinking water may help protect us from tooth decay; it doesn’t make us invulnerable. The CDC’s reports on oral health clearly show that numerous Americans fail to adequately take care of their teeth. Most of us brush and floss on a regular basis. Unfortunately, many times, this isn’t enough. A slow process that can go undetected for years, gum disease can have huge consequences, including tooth loss, jaw bone loss and serious infections. To keep your oral health where it needs to be, it’s important to get routine cleanings and regular 6-month checkups that can help catch minor issues before they balloon into serious problems. Don’t become another statistic; contact our Spokane dentists to schedule a checkup.

Our office will be closed December 19th - 26th in observance of the holidays. Happy Holidays to you and your families! Call (509) 532-1111 to book an appointment. Ok