Toothy Tales of Terror: Once a Hero

Contact Us
Toothy Tales of Terror: Once a Hero 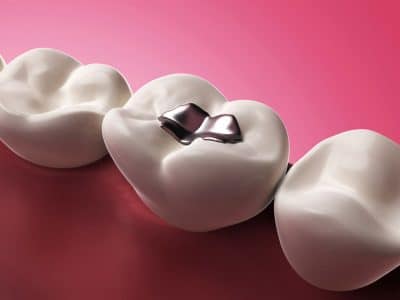 Alec stood alone in the upstairs study, looking at his father’s war memorabilia. There were his uniform, his medals, and, of course, the box with the flag folded around the casings from his father’s 21-gun salute. The flag they had draped over the coffin. The empty coffin.

Alec remembered all the people at the funeral telling him how proud he should be of his father’s sacrifice, how he was a hero. But that wasn’t how Alec felt. He knew his father hadn’t had to die to be a hero. He had shot down a dozen Japanese planes. He had saved the lives of several pilots in his squadron. He didn’t have to die, too.

Alec took another belt of bourbon, felt a twinge in his tooth. He ran his tongue over the offending tooth, felt and tasted the amalgam filling. No doubt a side effect of his tendency to drink himself to sleep without brushing, this filling would soon need attention again.

Outside, a storm rolled in. Lightning strikes were visible over the houses of Spokane, growing closer and brighter. Suddenly, lightning struck in his yard. Once, twice, three times in rapid succession, the light blinding, the sound deafening. The air was crackling and charged as Alec reeled. The electricity was making his tooth buzz. He sank into a chair to keep from falling.

As his ears were ringing, a sound came through. Crackling, static first, then a voice, “Keep your eyes peeled, boys, she’s got to be around here somewhere.” It was a familiar voice. A voice he knew though he had not heard it in 70 years.

He couldn’t stop himself from responding, though he knew it was just his imagination and whiskey talking. “Dad?”

A brief, static-filled silence. Then, “Who is this? Jerry, if that’s you, stop kidding around and guide us into Henderson. It’s dark out here and we’re running on fumes.”

Alec had read the story so many times, he immediately recognized the name of the airfield where his father was stationed when he died. Guadalcanal. He might have just minutes or even seconds left. “Dad, you’ve got to listen to me.”

“I told you to stop clowning around. My son is just a boy.”

“I can’t explain, dad, but you have to believe it’s me.” As he spoke, Alec began searching through the drawers for the scrapbook. “Dad, do you remember what you said to me when you were shipping out?” The drawers were hard to open, and they were full of old junk, but he knew the scrapbook and the clipping were in here somewhere.

Crackly silence. He knew his dad was listening.

“Dad, you told me I would have to be a better man without you around. And I’ve never forgotten it, though I haven’t lived up to it.” He thought of the drunken fights that had led to his divorce and he could not help but pause in his search.

“I can’t explain, dad, but, listen. You’re going to be attacked.” He had found the notebook. He pulled it out and turned to the account from the one surviving member of the squadron. “They’ll be coming from the left, from above and behind you. Believe me!”

Alec listened tensely as the engine’s sound increased in intensity. It grew louder and quieter, interspersed with gunfire and warning cries. Then cheers.

His father addressed him again. “Alec, if it’s really you, thank you.”

Suddenly, the charge had gone out of the air. The room felt different. It smelled of books. Though most of the memorabilia was still there, the flag was gone.

Alec stumbled out of the room, intending to go to bed, but before he made it across the hall, he heard the sound of the television downstairs. He never watched TV. In fact, his ex had gotten the set!

But there, in his living room, his wife was sitting in one armchair, and in the other was a 95-year-old man. His father. Suddenly, memories flooded into Alec’s mind: the joyful homecoming in ’46, how he had helped buy the house, raise his kids, and reconcile Alec and his wife. How they had asked him to move in just a few weeks ago when it was clear he could no longer take care of himself. And how he always fell asleep in front of the TV. For the first time, he felt grateful for his fillings, but when he moved his tongue over them, they weren’t there. His teeth were smooth and whole.

Knowing it wouldn’t wake him, Alec walked over and put his hand on his father’s shoulder, trying not to cry. Sobs might wake him. Soon it would be time to help the hero to bed, but not yet.

Moral of the Story

It is true that metal amalgam fillings can create galvanic electric currents in your mouth. How significant these currents are is a matter of debate. However, many people report hearing radio broadcasts on them. Most famously Lucille Ball tells the story of how she picked up transmissions from a “Japanese spy” on her fillings, which she notes were lead temporary fillings, not the mercury amalgam fillings that were so commonly used until recently.

Some people believe that electric currents and mercury from the fillings are harmful and recommend that you have them removed. If you are unhappy with mercury amalgam fillings, we can replace them with tooth-colored fillings made of plastic or ceramic.